Donald Quan sees his whole life, including his career and businesses, as an improvisation. As a composer, he is known for his work on shows such as Relic Hunter, Mutant X, and APTN’s Moccasin Flats. As a musician and recording artist, he has toured with Loreena McKennitt and Lighthouse, and recorded his own music at Peter Gabriel’s iconic Real World Studios. His incredible studio, Q Music, once housed over 400 indigenous instruments from 6 continents, and he has collaborated with groups such as The Toronto Tabla Ensemble, Samba Squad, M-DO Kathak Toronto Dance, and First Nations choreographer Santee Smith. In 2007, I was lucky enough to spend time as Donald’s apprentice, and throughout this conversation I recount memories of that challenging and formative time, and get to thank him for being a big part of my development as a composer and creative person. We talk about his growing up in Toronto as the only Chinese-Canadian kid in his school, his early start in music and how he ended up at the nascent film scoring program at Berklee. There, he learned the traditional techniques of pen and paper scoring, as well as old school analog methods of syncing music to picture. It was, however, his interest in the emerging use of computers in music that would help him stand out and get him his first breaks in the industry. During a performance in 2009, Donald suffered a near-fatal stroke and was without vital signs for nearly 20 minutes. He miraculously survived, but would spend weeks in a coma, after which a long journey toward recovery began. Now, over 10 years later, I help Donald restore some of his memory as I share stories of our time together. 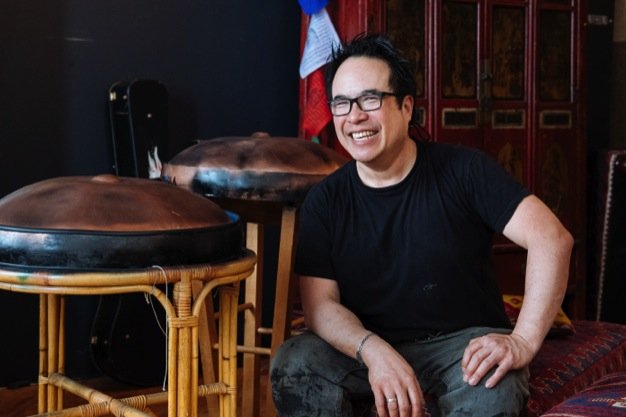