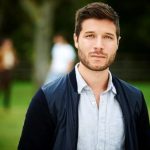 Dillon Baldassero is a composer, producer and sound artist based in Toronto, Canada. At sixteen, he composed the score for the short film, Bergeron, which went on to screen at the Montreal World Film Festival. Since then, he has continued to explore the relationship between visual narratives and sound, having now composed for over sixty projects, including several feature films that have premiered around the world, such as the Toronto International Film Festival (Mary Goes Round, Black Cop), and SXSW Film Festival (Rules for Werewolves starring Finn Wolfhard).

Dillon’s style can be described as a re-interpreting of classical instrumentation with modern experimental performance techniques, processing and electronic synthesis. While trained in orchestral composition, he is most interested in expanding beyond musical structures by infusing the thematic, operatic roots of classic Hollywood scoring into unconventional instrumentation and electronic soundscapes. He aims to first and foremost create an emotional and thematic work that communicates and enhances a film’s narrative in bold ways. Finding the heart of a story and using music to express what lies deeper than the surface is where Dillon’s strength and passion truly lies.

Baldassero is an alumnus of the Canadian Film Centre’s Slaight Music Residency (chaired by Mychael Danna) and has studied orchestration through the Berklee College of Music. Additionally, he completed the NYU/ASCAP Film Scoring Workshop in New York City where he mentored under the likes of Sean Callery, Mark Snow and Ira Newborn. He is a member of the SCGC, AFM, SOCAN and ACTRA, and is represented by OAZ Management.
“I am incredibly grateful for the Chris Dedrick Award. It allowed me the possibility to support live musicians at a time when the industry is in such a challenging place,” says Baldassero.

About the Award
The Christopher Dedrick Award was established in memory of Christopher Dedrick, an award-winning screen composer and past-president of the SCGC, to encourage and support the hiring and use of live musicians in the production of media music soundtracks.  This annual cash prize of $1,200 is awarded to a SCGC member in good standing and is adjudicated by a Selection Committee comprised of SCGC peers. The selection process is administered by the SCGC on behalf of the Ontario Arts Foundation.
Previous award winners include:  Steph Copeland (2018), Matthew Van Driel (2017) and Janal Bechthold (2016).
Click here to read more about the fund
-30-

WHAT HAVE SOCAN #COMPOSERSWHOSCORE BEEN DOING DURING SELF-ISOLATION?