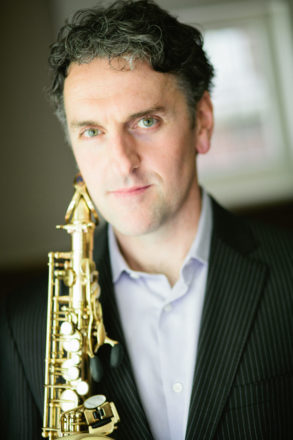 Congratulations to SCGC member Rob Carli whose score for “Wynonna Earp: House of Memories” has been nominated for a Canadian Screen Award in the category of “TV: Best Original Music Score for a Series”.

“Wynonna Earp: House of Memories” is a supernatural western horror television show that is based on a comic book series with the same name.

SCGC: Tell us about your collaborative experience on the show.
RC: Working on the score for Wynona Earp was the first time in a very long time that I co-wrote with another composer.  I found it to be a great experience working with Peter Chapman.  The schedule on the show was very tight, and sharing the burden with someone else made it manageable.  But more importantly, the sonic result was something that neither of us would have developed if we had been on our own.  It was a true collaboration, one which I look forward to trying again.

We had a great musical team on this show.  It all started with music supervisor Andrea Higgins (Arpix) who had the idea of bringing me and Peter together for this project.  An arranged marriage, if you will.  But it worked.  Then we relied heavily on assistant Kristjan Bergey to help with the logistics of having two composers with two different rigs and DAWs.  Also, it goes without saying that on tight schedules, the more the merrier.

SCGC: What kind of music did you have to create for the show?
RC: Wynonna Earp (SyFy Network) is derived from a graphic novel of the same name.  It’s really a superhero adventure, classic bad guys vs good girls.  Musically, we went on a bit of a ride.  Peter comes from more of an electronic background than me, so he is able to bring some pretty wicked sounds and beats to the sound of the show.  We tried to marry that with some heroic orchestral themes to try to find the epic sound that we thought the show needed.  But there are big emotional moments in the show too, as it explores the family dynamics between 3 sisters.  So we got to stretch a few muscles on this project.

There are lots of recurring bad guys on this show, and the producers encouraged us to come up with a signature sound for each one. So we really embraced the classic leitmotif approach to scoring.  As the show went deeper, we were able to bring recurring themes back, which in some ways makes your job easier.  You know, here comes the “stone witch” from 3 episodes ago, let’s bring back the “distorted gypsy violin run through the crystallizer” sound.  We certainly weren’t inventing the wheel, but we were having a good time.
https://vimeo.com/189381243