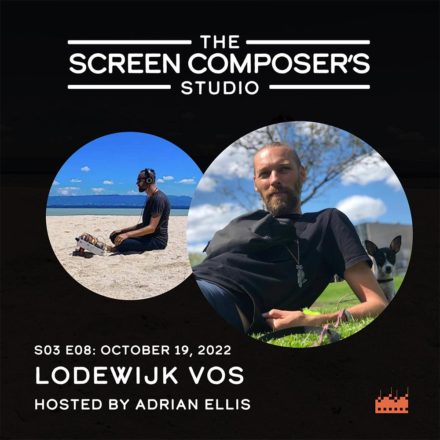 Originally from the Netherlands, Lodewijk Vos’ approach to music making is very much his own. One half of the scoring duo Menalon (with Joseph Murray), the Canadian Film Center grad has worked on TV shows such as Diggstown on CBC, documentaries including HBO’s The Slow Hustle and Mr. Tachyon for VICE TV, and films like Level 16 and The Void.

We talk about the wild new instrument/effects box he’s building, his roots playing rock in the Netherlands (but being more interested in the effects pedals than the guitar), starting as an in-house composer for MTV, his move to Toronto and the differences between European and Canadian mindsets, the power of working away from a computer screen, his world-traveling, site-specific modular synth explorations, committing completely but then throwing out film scoring concepts and hours of work, the power of documentaries, dealing with anxiety and fear, rejecting hustle culture, his meditation practice, and sound as healing.